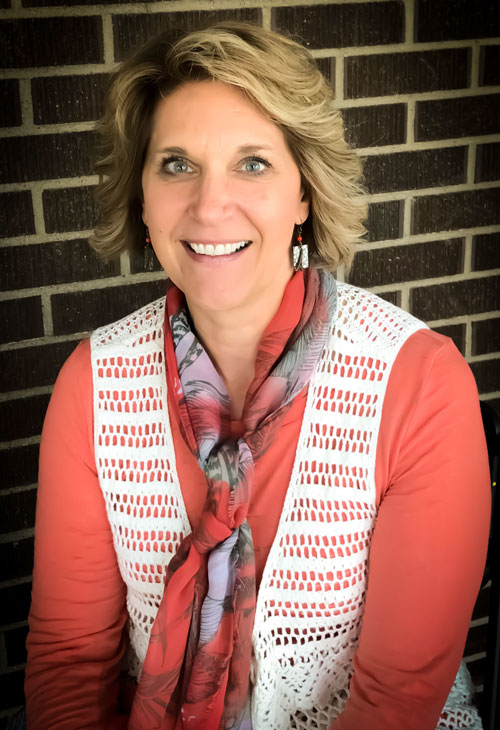 Shelley (Klein) Buffington has worked as a licensed addiction counselor for the past 25 years, primarily serving patient's and families in treatment programs. Shelley obtained her Masters Degree is Mental Health Counseling in 2015 and became trained in Eye Movement Desensitization Reprocessing (EMDR) to assist her patient's with life distressing events and/or past trauma. 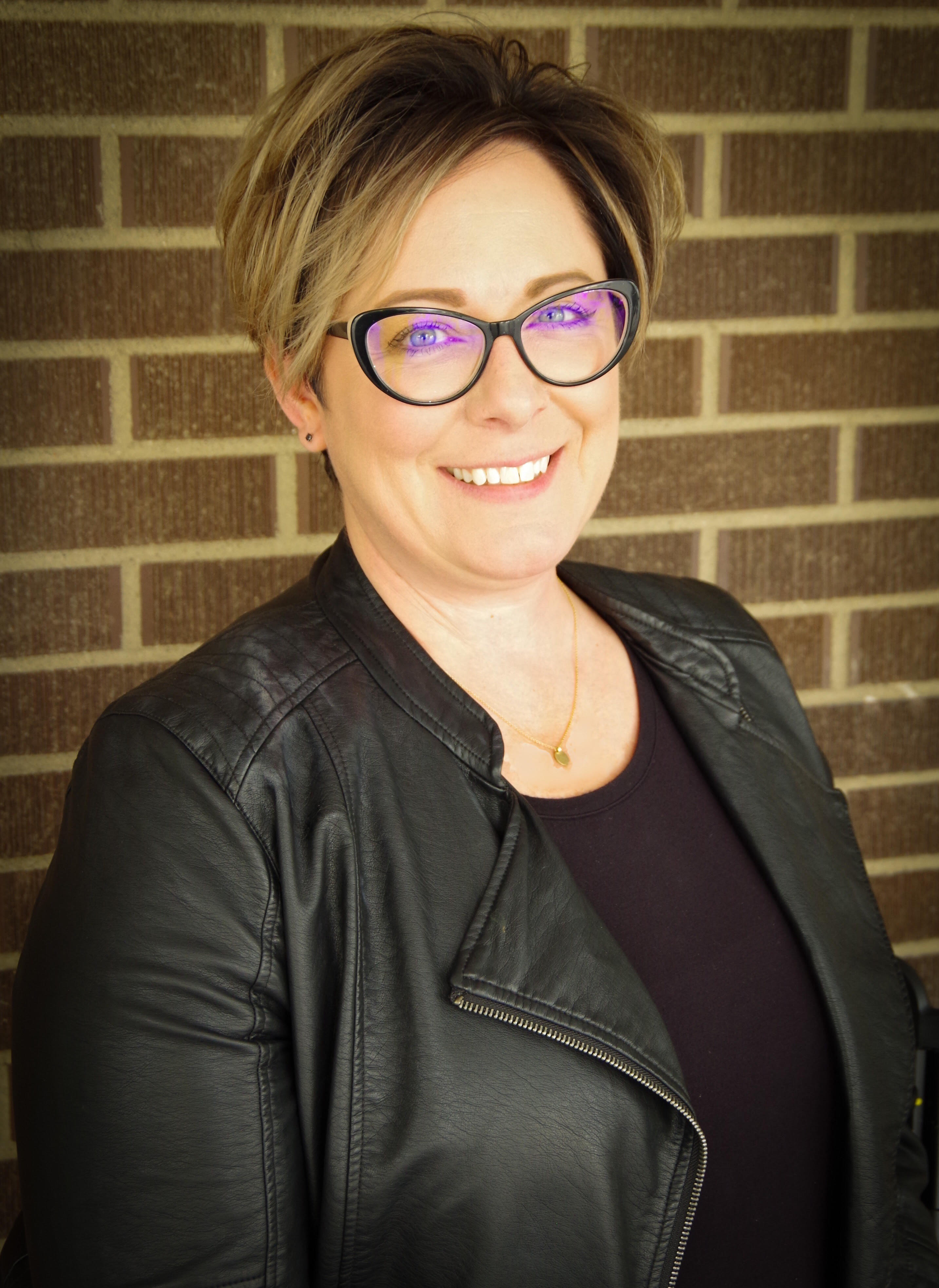 Jen has been with Decoteau Trauma Informed-Care & Practice since 2017. Her duties consist of credentialing providers with insurance companies, medical terminology, insurance company navigation, submitting insurance claims for payment and review and managing all billable contracts. She is also a notary public for the state of North Dakota. In addition to these work duties Jen has 5 children and a grandson, spends many hours doing crafts and sewing, coaches sports for her children and stays active in many community issues. 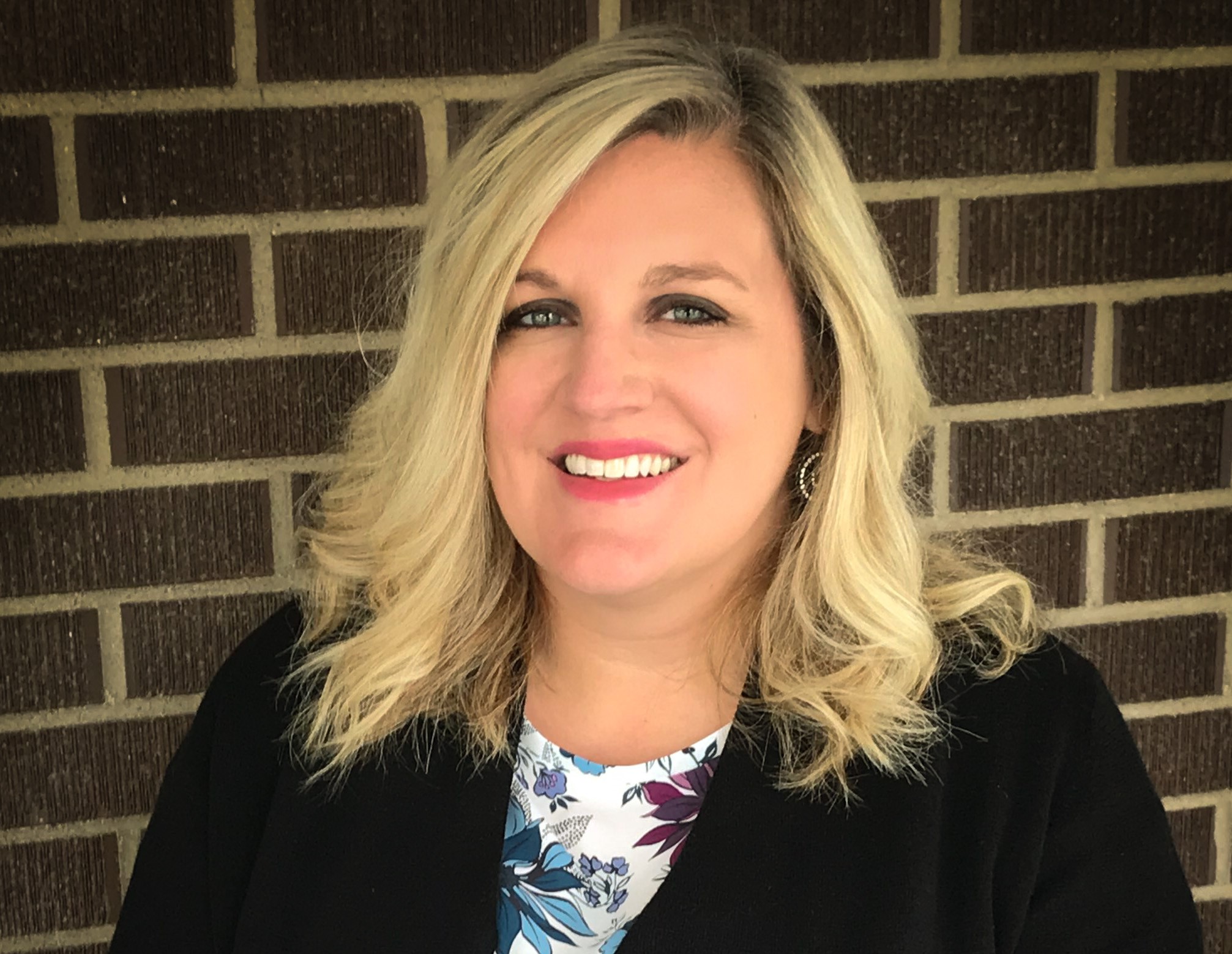 Dr. Gustafson obtained a doctorate degree in Clinical Psychology in 2011 from the University of North Dakota with specialization in the cognitive-behavioral treatment of impulsive/compulsive behaviors and personality concerns among adults, incorporating the principles of Dialectical Behavior Therapy.

Dr. Gustafson has worked in a variety of outpatient, residential, and corrections settings and with a diverse patient population, including incarcerated persons, adolescents, older adults, Native Americans, Veterans, and with individuals with gender identity concerns. 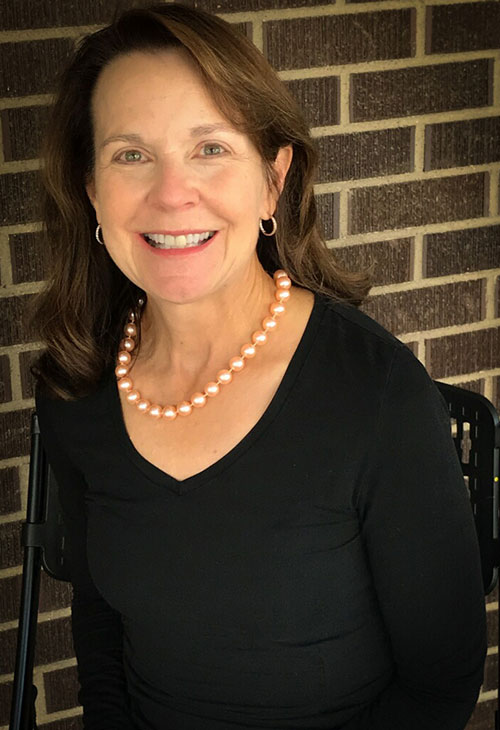 Sue is a graduate of UND's Graduate School with a Master of Social Work. Her previous work experience involves more than twenty years of Social Work services, including case management and clinical therapy at the West Central Human Service Center. She also provided therapeutic services through Dakota Family Services and her own business, Resiliency Clinical Services. Additionally, she taught and coordinated Minot State University's Social Work program in Bismarck for 10 years.

Sue has been with DeCoteau Trauma-Informed Care & Practice, PLLC since 2014 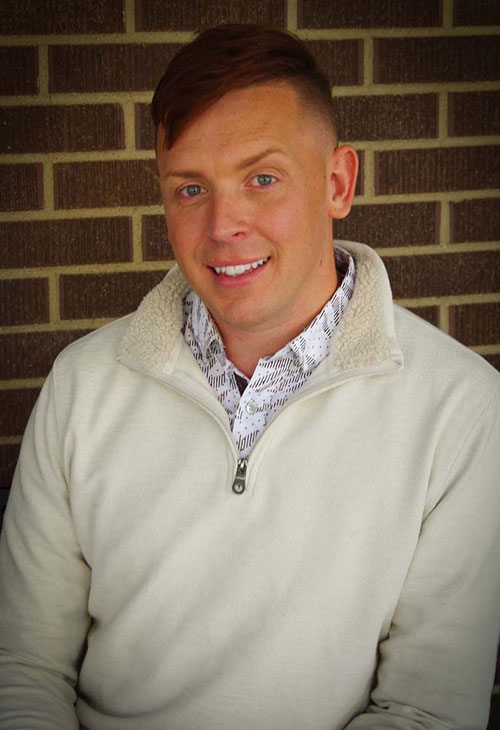 Jareb is a Licensed Associate Professional Counselor and obtained his Master of Arts in Clinical Mental Health Counseling from Southern New Hampshire University, and is currently working on his PhD in Counselor Education and Supervision.

Jareb has experience and passion for working with diverse, multicultural populations with focus on youth who are at-risk, traumatized, exploited, and/or justice involved and working with families in conflict and crisis. Jareb is a veteran having served 9 years in the military, with experience working with service members and families in the field of Military Mental Health. 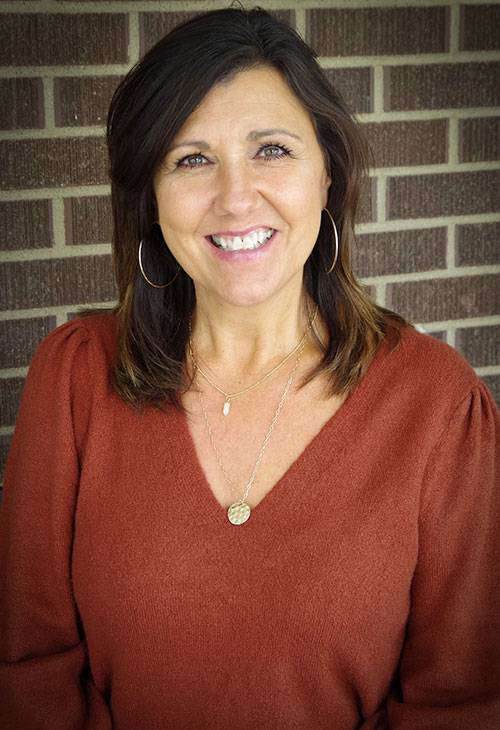 Annette Link is a Licensed Professional Clinical Counselor with 32 years of experience serving adolescents, young adults, couples and families. She earned her Master of Science in Child Development and Family Science with an emphasis in Marriage and Family Therapy from North Dakota State University in 1991. 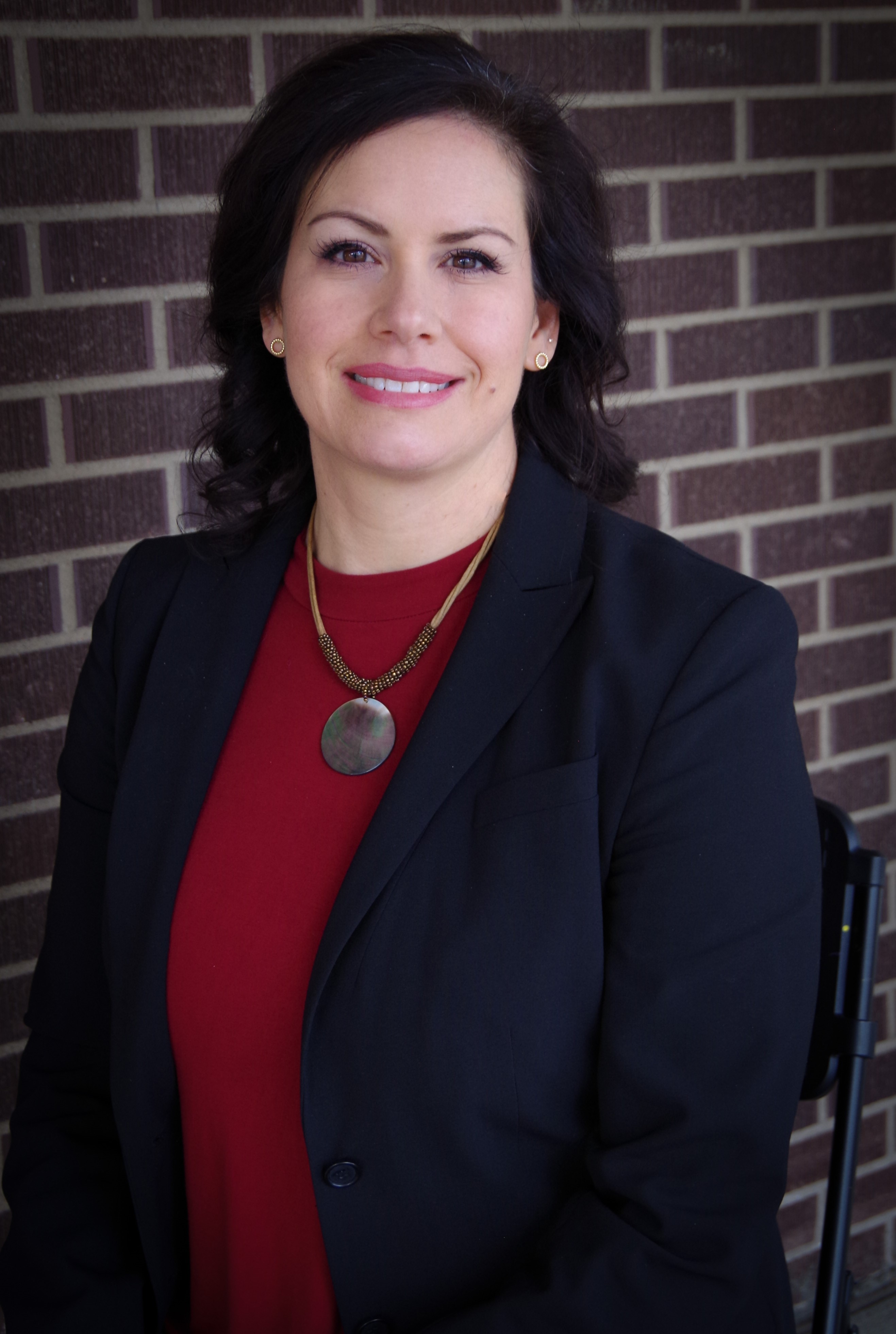 Dr. DeCoteau obtained a doctorate degree in Clinical Psychology in 2003 from the University of Nebraska-Lincoln with specialization in the cognitive-behavioral treatment of anxiety disorders for adults, adolescents and children.

Dr. DeCoteau has worked in a variety of outpatient settings and with a diverse patient population, including Veterans and Native Americans. She received the Indian Health Service 2009 Health Professional of the Year Award for outstanding service and the American Psychological Foundation 2010 Early Career Award for providing culturally competent practice techniques for Native Americans and for developing training programs in rural, underserved areas. This year Dr. DeCoteau was appointed by a member of the U.S. congress to serve the Commission on Native Children to help address the challenges faced by Native children.

Aside from clinical work, Dr. DeCoteau has given numerous lectures on how trauma impacts attachment and brain development, in-school strategies for working with traumatized children, and historical trauma. She is a long-standing member of the American Psychological Association, an enrolled member of the Mandan, Hidatsa, Arikara Nation and a descendant of the Turtle Mountain Band of Chippewa. 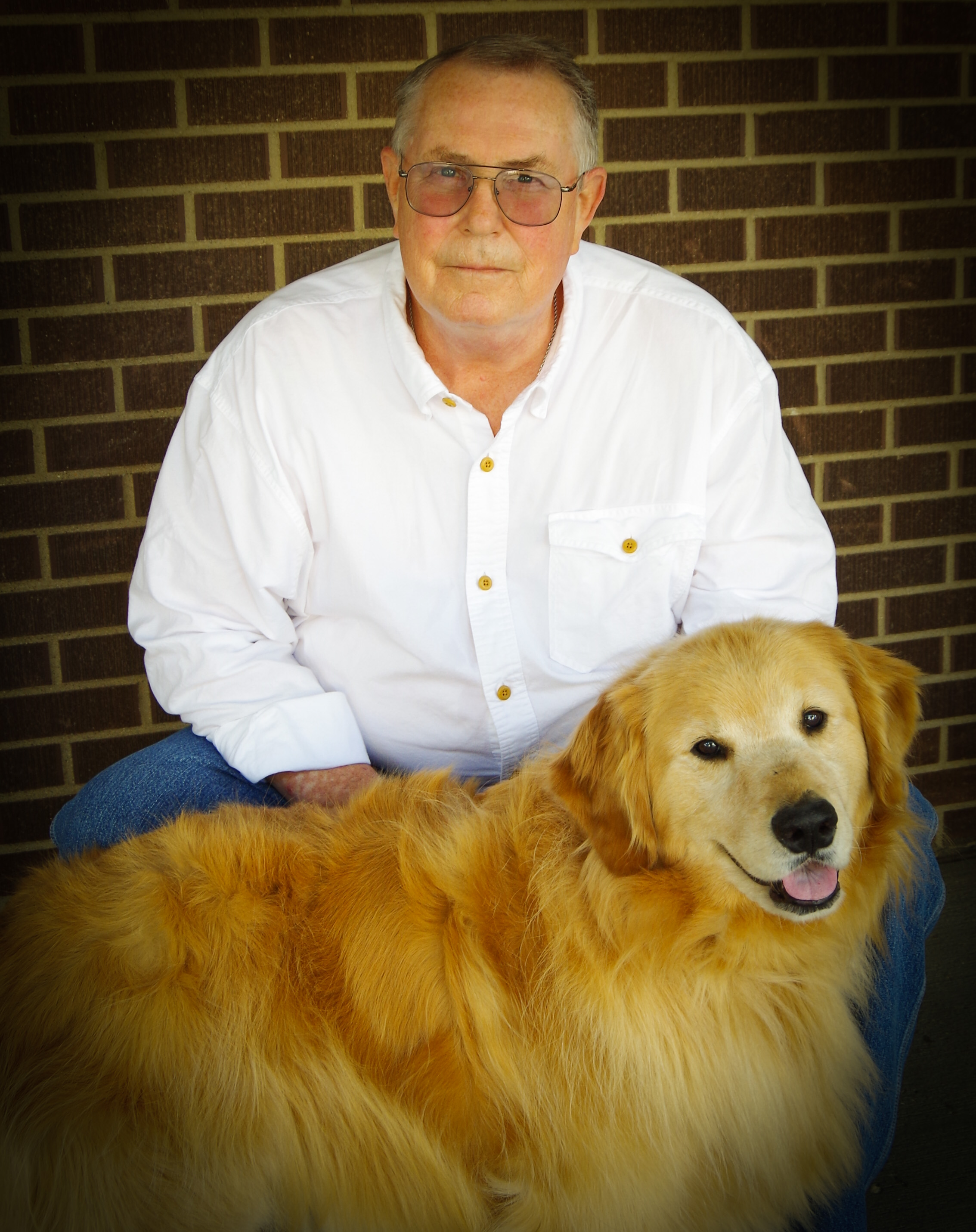 Guy has been a social worker since 1993 in that time he has been employed in many different areas in the social work field. He graduated from University of Mary in 1993 with a Bachelor's Of Science in Social Work and Social Behavioral Science.

He began his work career at Youth Correctional Facility in Mandan ND, then Child Protection Services, Three Affiliated Tribes in Newtown, ND., then the North Dakota State Hospital Child and Adolescence Unit, Jamestown, ND, after which he moved to Roswell, NM, Child Protection Service as an investigator for New Mexico Department of Children, Youth and Families.

Guy then completed an accelerated Masters of Social Work program at New Mexico State University in Las Cruces, NM. Upon completion of his Master's program he was hired at ND State Hospital as the Clinical Therapeutic Coordinator of the Child and Adolescent Unit and Program Director of the Eight Rivers Residential Program in 2000.

In 2003, Guy joined the Department Of Veterans Affairs and then worked for 4 years as the Mental Health Therapist at the Las Cruces, NM Community Based Outpatient Clinic (CBOC). In October 2007 he was selected and hired as Team Leader to open the new Vet Center for the Department of Veteran Affairs, Readjustment Counseling Services in Las Cruces, NM.

In July 2010 Guy transferred to Minot/Bismarck ND Vet Centers where he served as Team Leader for both facilities until October of 2013, he then was Team Leader of only the Bismarck Vet Center until November 2014 when he stepped down as Team Leader in preparation for his retirement in May 2015. Over the years Guy has done extensive work with combat Veterans their families, individuals who have been subjected to sexual trauma their families as well as many other aspects of mental health issues.

Guy is a US Navy veteran who served from 1970-1979 with 2 blue water Vietnam tours. He completed Hospital Corps "A" school in 1972, and then was stationed at Camp Lejeune Naval Hospital, United States Marine Corps Base, Jacksonville, NC. He then completed 2 western pacific tours and finished his naval career at the Naval Hospital in Oakland, Calif. where he worked as a Security Section Leader until discharged in 1979 as a E-5, 2nd Class Petty Officer (Hospital Corpsman). 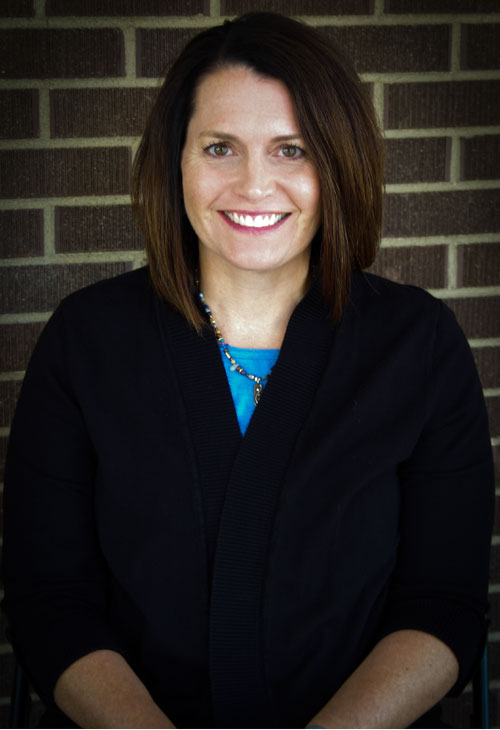 Monica Melchior is a Licensed Independent Clinical Social Worker with over 20 years of experience in the field of social work. She received her Master of Social Work degree from Walla Walla University.

Monica has worked with individuals, couples and families in a variety of settings including schools, inpatient hospitalization, outpatient clinic, home care and hospice and private practice. Monica provides individual, couples and family therapy to clients over the age of 18. Her areas of interest include, anxiety, depression, life adjustments and interpersonal growth. 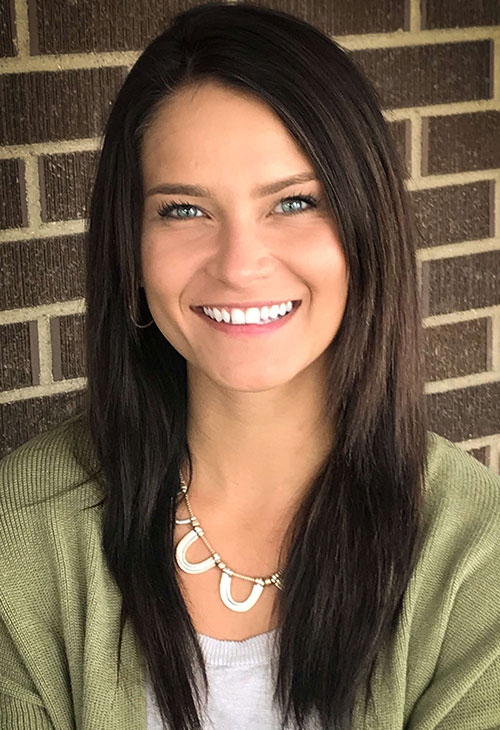 Courtney Schaner is a Licensed Associate Professional Counselor. She obtained her master's degree in Clinical Mental Health Counseling at the University of Mary in 2019. She is a certified Trauma-Focused Cognitive Behavioral Therapist. She works primarily works with children, adolescents, parents, and young adults, utilizing play therapy, CBT, Art therapy, DBT techniques, along with other evidence-based interventions. She has experience working with a wide variety of challenges in outpatient, home, and school-based settings. 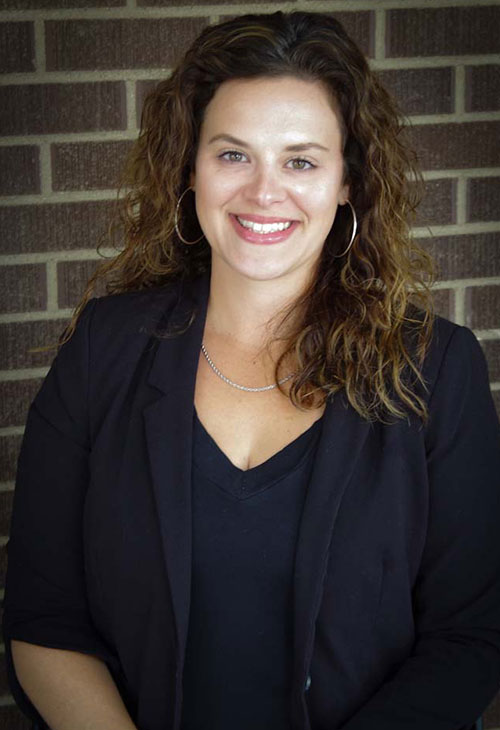 Brandi Schmidt, MS, LAPC, LAC holds a master's of science in counseling from the University of Mary. She is licensed to treat addiction and mental health. She has experience working with a variety of populations to include veterans, incarcerated, homeless, and every day people wanting to reach the best version of themselves. She specializes in co-occurring disorders of substance use and mental health, complex trauma, anxiety, depression, and grief. Brandi is a veteran and currently serves in the North Dakota National Guard as public affairs mass communications sergeant. Brandi is working toward to obtain a yoga teacher certificate to incorporate a yoga-trauma therapy group in the community. 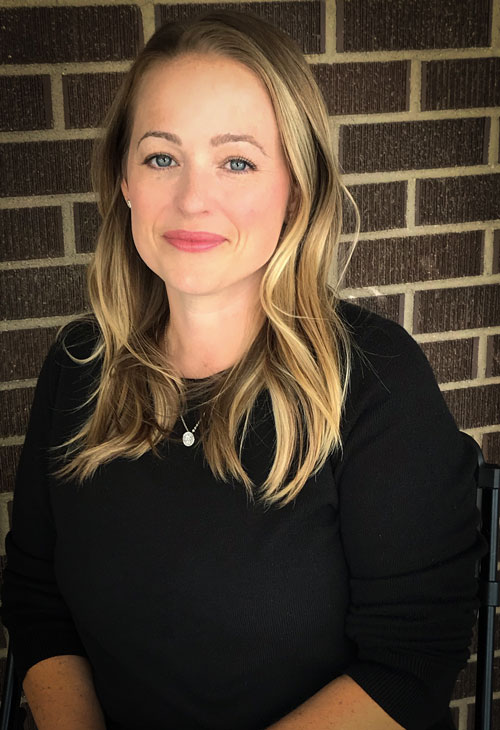 Dr. Semchenko obtained a doctorate degree in Clinical Psychology in 2009 from the Minnesota School of Professional Psychology, Argosy University. She provides outpatient therapy services as well as psychological testing. She specializes in treating adults, adolescents and children with trauma and attachment symptoms, anxiety, and mood disorders.

Dr. Semchenko has worked in a variety of settings with a diverse client population, including young children, foster/adoptive families, Native Americans, and people with co-occurring mental health and substance use disorders. She provides both directive and non-directive play therapy services and utilizes a variety of interventions including Trust Based Relationship Interventions, cognitive behavioral approaches, and EMDR therapy. 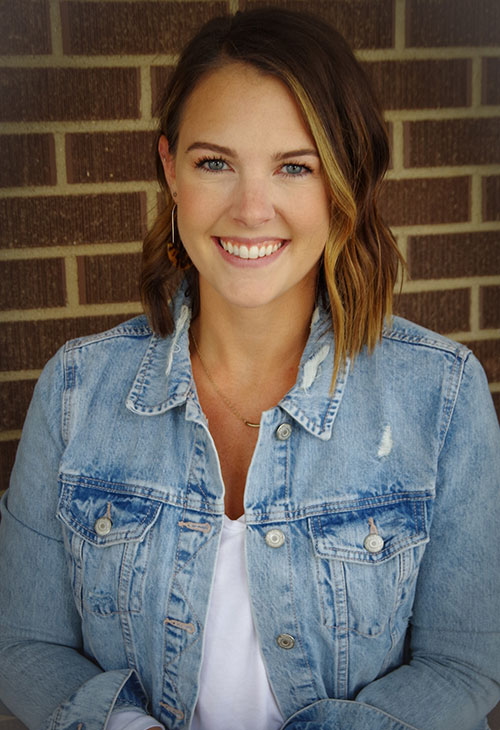 Mackenzie is the Office Administrator at DeCoteau Trauma-Informed Care and Practice. She has been with the company since February 2019. Her duties consist of answering the phone, scheduling appointments, and keeping the office running smoothly.

Mackenzie is also a hairstylist at Hi Honey salon and a volleyball coach at Legacy High School. In her free time she enjoys yoga, being with friends and family (and her pup Berkley), and spending time on the river.